Chris Stalley, 52, is the first CEO of BNP Paribas 3 Step IT. He is responsible for an ambitious plan to open branches across Europe, and build it into a multi-million business.

This was a natural career step for Chris who had been responsible for business development at 3stepIT. There he helped grow international sales, developed a network of partnerships, and conceived the idea of a joint venture with BNP Paribas. Once the principles were established, Chris developed the business plans and strategies for approval by both boards, which led to the joint venture agreement.

Renaud Warluzel, 54, is the Chief Commercial Officer of BNP Paribas 3 Step IT, responsible for developing the company’s business in the 11 countries that will be open by mid-2020.

Renaud is a fleet management expert. He spent most of his career at Arval, BNP Paribas Group’s company car leasing operation. Starting there in 1992 as a Sales Executive and then, apart from a couple of years in BNP Personal Finance, enjoying an international sales career, in Ireland, Russia and finally from 2011 to 2019, as its Director of International Business, delivering SME Solutions.

Renaud has a Masters’ Degree in Finance from the “Institut Supérieur de Gestion”, (literally, the Superior Institute of Management), in Paris.

Kari Mäkelä, 38, is the Chief Operations Officer of BNP Paribas 3 Step IT, responsible for service delivery, end to end processes and the overall customer experience.

Kari joined 3stepIT 11 years ago, when he was one of only 90 employees. He played an important part in enabling 3stepITs growth, especially overseas expansion initiatives. Working first in the legal team, and then as Funding Director, Kari has negotiated funder co-op, channel partnership and customer agreements. Over the last 18 months, he was a key member of the team working to make the joint venture company a reality. His intimate knowledge of the way 3stepIT’s technology lifecycle services and processes work make him the ideal candidate for this critical role in the joint venture company

Kari holds a Masters’ Degree in Law from the University of Helsinki.

Audrey Joulia, 43, is the Country Manager for BNP Paribas 3 Step IT responsible for growing the business in France.

Audrey joined BNP Paribas Leasing Solutions 20 years ago. After a diverse commercial experience, she came to lead the Office Equipment Market in the International Business Line Technology Solutions. She moved on to become Regional Sales Director for the Technology Solutions Business Unit in 2015, and developed an understanding of the challenges and needs of clients working with a broad range of technologies. In 2017, she was appointed Director of Development and Digital service, helping to develop new offers and partnerships with national manufacturers, software developers and systems integrators.

Carlo Grossi, 54, is appointed Country Manager for BNP Paribas 3 Step IT in Italy where he has been employed for the last 12 years.

Previously, Carlo was the General Manager for BNP Paribas Rental Solutions in Italy, so this appointment in the joint venture company is a natural next step in his career. As well has his track record in BNP Paribas Rental Solutions, Carlo brings extensive asset finance experience from time spent as a sales manager at GE Capital and in the compressor rental business at Atlas Copco.

Carlo has a first degree in economics from Università Bocconi in Milan, and a master’s degree in sales and marketing awarded by the Isvor Fiat business school.

About BNP Paribas 3 Step IT:

The alliance brings BNP Paribas Leasing Solutions, European leader in asset finance, and 3 Step IT, seasoned experts in the IT asset management business, together, to take the most sustainable technology lifecycle solutions across Europe.

The partners’ existing branches in France and Italy operate under the name BNP Paribas 3 Step IT, with expansion following to serve most of Europe by the end of 2020. 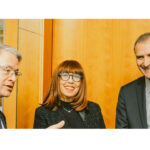 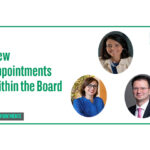 New Chairwoman and 2 new members join the Board of Directors 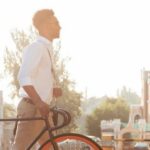 CSR
See all the news